Kasmiro shares about studying away from home 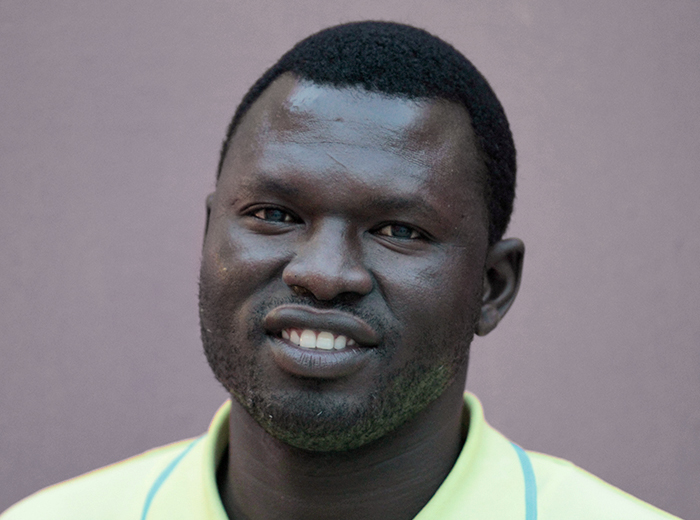 Kasmiro is one of the CORE sponsored students studying their degree in South Africa. He is from South Sudan, and once he completes his degree he will return to Bishop Gwynne College to lecture there. He is now in his third year at George Whitefield College (GWC). Read below as he shares how this year is going and how he feels about returning to Bishop Gwynne College (BGC) next year.

Challenges about being so far from home

It is difficult being in South Africa, and having the rest of the family back home. Kasmiro says that communication is sometimes difficult; he generally phones his family back home, but sometimes the calls cut out. With CORE now being able to assist with Family Support money, the family’s basic needs are being met- which he says is helping- but sometimes there are things that happen back home where Kasmiro is the one needed to make the decision, but now he is unable to and this is put on his wife.

South Sudan lives very much as a community, whereas in South Africa people are not always as community driven and have a more individualistic life. Kasmiro says that people in South Sudan would come together quickly when needed, but he feels that this is not the case in South Africa.

The only people that he knows from South Sudan in Cape Town are the other students who also came from BGC.

During this time his sister had really expected him to be there, and witness how the burial is done, and also be part of the planning as to who is going to take care of her and her children. Kasmiro says that it has been really difficult for him as he has been so far away.

He says that the one thing that has made it easier is that since we are already transformed by the Scriptures, we, as Christians, know that death is everywhere and we are here just temporary; knowing this is what is keeping him strong.

Kasmiro says that his first priority after graduating is to go back to BGC and help people, by teaching there. He says that the CORE sponsored students need to go back and share the knowledge to people who do not have access to study internationally.

His wife does not stay in Juba currently, but in another village. When he returns to Juba his family will also move to Juba, but this will take a while for this to happen as he will need to settle first.

Kasmiro speaks about the importance of CORE’s work

PrevPreviousAlex shares how this budget has assisted his family
NextPhilip: from being born during the war to starting his degreeNext