Philip: from being born during the war to starting his degree 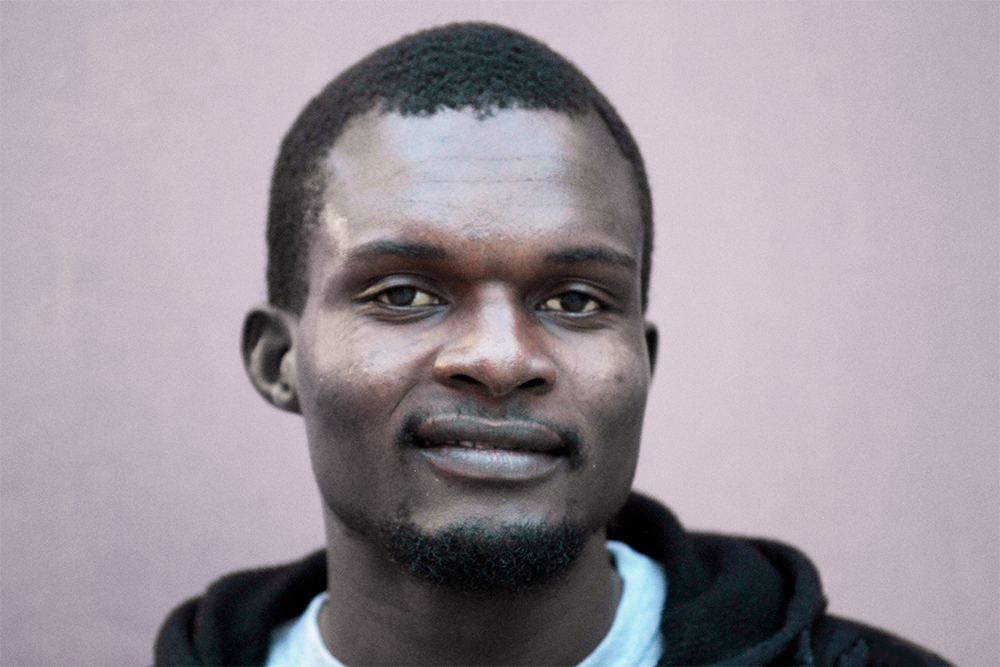 CORE is committed to building the church in South Sudan. Part of this work includes providing sponsorships to students to study their degree in Theology. These students are identified as people with great potential, who will return to South Sudan after they graduate to start lecturing at Bishop Gwynne College. During their studies CORE also assists with funds for their family back home in South Sudan.

Philip is one of the CORE sponsored students. He completed his Certificate of Theology at George Whitefield College (GWC) last year and is now starting the first year of his degree.

Philip was born in Juba during the war. Both of his parents were Christian. He says that he was baptised as an infant. When he was 17 years old his eyes began to open and see the Lord Jesus as his Christ and Saviour- personally instead of just being part of a Christian family. He joined the church youth and got more involved in the church at that point. A pastor named Peter came to preach at his church on Galatians 5 (Freedom in Christ). He says that this message touched him personally – from that day he knew that he should be a Christ follower. He even went to this preacher afterwards to say how the message had touched him. He knew that going to church and getting involved was not enough, but that because he was a sinner he also needed to repent. Peter prayed with him then- this happened on 12 December 2010. Philip prays that God will continue to strengthen him and strengthen his faith. He prays that he will know God better and that God will be able to use him as a tool.

Education during the war

Philip’s mother fled to the Congo in 1996 during the war. She organised for his uncle to come and collect him and he grew up with his uncle’s family. The person who collected him was arrested and forced to become a soldier. He was left with his uncle’s brothers. He thanks God that although this was a terrible time, he was always considered part of this family that he lived with.

Education was not important during the war. There were no teachers to teach, but there were volunteers posted by soldiers who taught the children who were there. Because of this he did not get a very good education from 1997 to 2002. In 2002 he went to Uganda and went to school there. In 2005 when a peace agreement was signed they returned to South Sudan where he was able to join another primary school. He completed his primary school education in 2010.

The family he was living with used to farm and sell what they harvested. The money they earned then went towards his school fees for secondary school which he attended in Yei, South Sudan. He was able to complete his O-levels. He said that his family was very proud of him as he was the only person to have gone to school in that family. After this he went to study at Bishop Gwynne College (BGC).

He said that usually once a family has supported you to complete schooling it is expected that you return and assist the family. Philip got more involved in his church and told the Church that he wanted to study the Bible further. 3 months later he was called in for an interview that would get him a scholarship to study in Kenya to get a diploma. This opportunity unfortunately fell through because of economic reasons in the country, so he was told that he would instead study at BGC. He was still very happy with this option.

His family, however, was not. They did not want him to study theology, but rather do work that would bring in an income to the family. They said that they would not pay anything towards his fees at BGC.

He paid for his college fees himself- he did jobs such as loading trucks and then put the money earned towards his fees. After he had paid for his first semester of second year, the principal of BGC came to him and commended him for the work he was doing in the library. The principal said that he was not able to pay Philip for that work- but he told Philip that he will be able to study for free. Philip was incredibly thankful for this, as he was going to start second semester soon and had no money to pay for this and the fees were increasing.

He continued working in the library and received training from CORE to do this. He worked in the library throughout his studies at BGC and continued to work there without pay even after he graduated.

Philip is married and has one son. They receive family support from CORE while Philip is away studying. His brother and sister-in-law and mother live with his family in Juba.

He says that he cherishes his time at home with his family and enjoyed going back for the holidays where he was able to see everyone in his family and also speak to his neighbours. His church was very welcoming to him when he went back. He tried to get involved with his church while he was there, which was over the Christmas celebrations.

Differences between Cape Town and Juba

Philip finds life in Cape Town very peaceful, and says that they can study freely. There are no gunshots to be heard. He is able to walk to the beach- but has not yet swam there. As with all the students- he mentions that it is incredibly hot in South Sudan, so he has had to get used to the Cape Town weather. It is often windy and very cold. The weather is unpredictable. He suffered in winter last year and had to wear heavy jackets and use a heater. He feels like he is starting to get used to that this year.

He says that he does not enjoy the food in Cape Town, it is completely different to what he eats back home. At home he eats pap for lunch and supper- every day of the year. In Cape Town he eats rice for lunch- which he would have had for breakfast back home, or macaroni for supper which they do not eat at all in South Sudan.

BGC is focused on the theory of theology, so after completing BGC he needed to go into the ministry to do the practical. He did not return to the same church that sent him to BGC as his previous church was based in a war torn area so he joined another church within Juba. When he returns home for the college holidays he still returns to this church and assists with ministry work. He feels that they are happy to welcome him back to their ministry and happy to include him in their roster, even if the roster is full they will make a plan to include him.

His time at GWC so far

Philip says that he is really enjoying his time at the college so far. He says that there are 18 different countries present at GWC. Everyone has different thoughts, different cultures- but they are all the same culture through Jesus Christ. He says that he learnt a lot during his Certificate last year and is now looking forward to studying his degree.

PrevPreviousKasmiro shares about studying away from home
NextSeme: Excited to be studying in Cape TownNext