Alex: An update from Third year 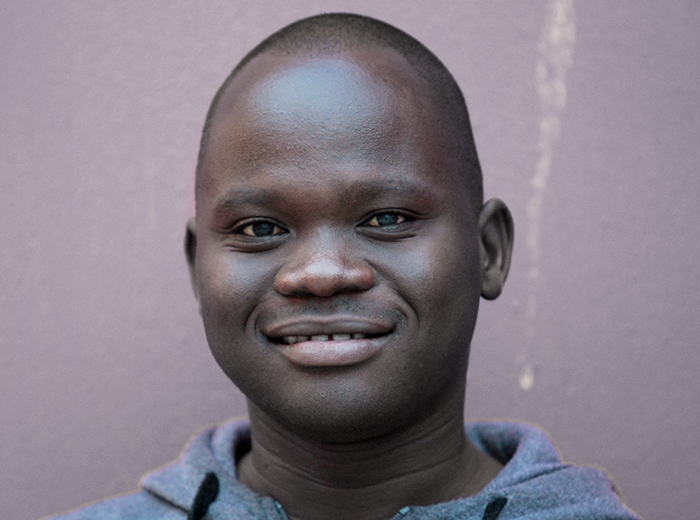 CORE is committed to building the church in South Sudan. This is done through sponsoring students to study further, and then continuing to sponsor them when they return to South Sudan as theology lecturers.

Alex is one of these CORE sponsored students. He is now in his third year at George Whitefield College (GWC). CORE met with him to get an update on how this year is going and how he feels about returning to Bishop Gwynne College (BGC) next year to lecture.

Diversity in the Kingdom of God

Alex reflects on his first year and said that he had culture shock when he first moved to Cape Town. Things were done very differently to how they are done in South Sudan- this included the way people dressed and interacted with each other. Alex said that he initially found this to be a challenge.

He said that he soon learnt that this diversity was a positive; people need to learn to embrace each other’s culture. GWC has people attending from multiple countries and cultures, so they have learnt a lot from one another. He says that this gives him a picture of what the Kingdom of God looks like.

Alex says that he feels a lot more confident in third year than when he first started studying. He originally found it challenging trying to fit into the academic system in South Africa. He now has a better understanding of what is expected of him. He says that he now knows what to do, and how to do his assignments. There is a lot of work in third year, but having this better understanding of the process and expectations has made some things easier for him.

His time in South Africa has made a great impact on him in terms of preparing him for teaching ministry. With the knowledge that he will be returning to South Sudan to teach, he is able to give himself completely to learning. Alex compares himself to a sponge wanting to absorb all the knowledge to take back with him. He says that he is looking forward to graduating at the end of the year.

Alex says that when he came to South Africa he already had an idea of what God wants him to do. He says that his voice is a gift- he speaks clearly and loudly, and this enables him to be able preach well. GWC has helped to shape and develop his gift of preaching. This is done through preaching classes and being able to preach each semester. He looks forward to returning to South Sudan with his improved skills to serve God with his gift of preaching and teaching.

The Church’s needs in South Sudan

Alex shares that the church in South Sudan needs more trained Theologians and Pastors who understand the Gospel and are able to preach this faithfully to the people. Due to South Sudan’s history with war, people were not able to access theological schools, and this has limited Pastors in terms of a having a better interpretation of the Scriptures.

“ The field is big, but the workers are few”

Returning to Juba to teach

Alex is incredibly excited to go back and teach, and speak to his brothers and sisters who are wanting to know God.

He says that when he was at BGC as a student he felt it was a challenge that there were only a few lecturers, most of whom were part time and volunteers. He feels that the biggest need of BGC is human resources in terms of full time lecturers is the most important thing that BGC needs. He feels that CORE has helped to raise hope in churches and BGC in South Sudan, through the programmes that are run to assist the college.

A Word of Thanks from Alex