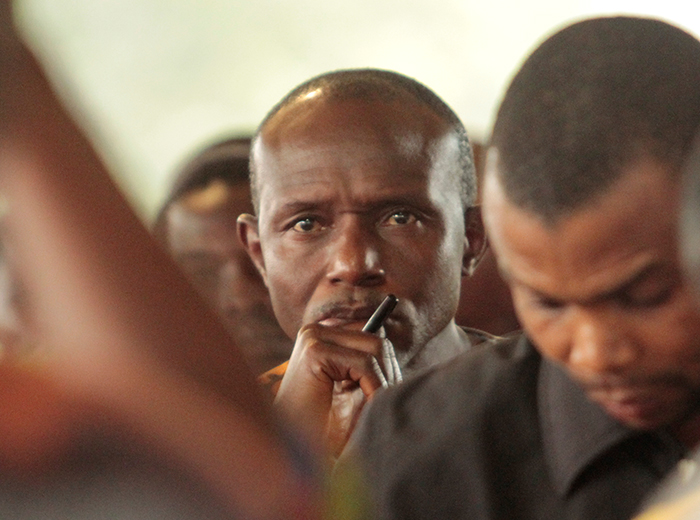 Update: We plan to go to Monrovia in November 2018 to conduct further training for pastors as well as scripture teachers. Your prayer and financial support would be greatly appreciated in this ministry.

The teaching mission to Monrovia, Liberia in August 2017  in partnership with Christian Revival Church Association, was indeed a wonderful time, as all the teachers and participating pastors would agree! Core Training ran its 10-day course “The Whole Counsel of God”. The course is aimed at giving pastors an overview of God’s chronological plan of salvation as seen throughout the scriptures, from Genesis to Revelation, it covers key topics of doctrine, many specifically aimed at the independent Church in Africa and makes clear the righteousness that comes through faith alone, in Jesus Christ. This was the 7th time the course had been held; twice previously in Liberia in 2010, once in Molo, Kenya in 2010, once in Serrekunda, The Gambia in 2014, and in Torit and Bor in South Sudan in 2015 and 2016 respectively.

The fellowship and unity amongst teachers and students alike, was rich and sincere. Many testified to the impact that the Word had upon them as they sat under the teaching throughout the 10 days. The course is on Sound Cloud here:

Our hosts, Dennis and Vanea Aggrey tirelessy looked after the diverse teaching team of 8 (this includes Dennis who taught 3 of the 40 sessions) and the 75 participating pastors, with the assistance of their phenomenal and hard working, CRCA staff. CRCA plants churches right throughout Liberia (around 150 now!) and it was a blessing for Core to be able to work alongside such a strong team on the ground.

The teachers came from Liberia, Kenya, Australia and South Africa. Due to their diverse cultural and racial backgrounds they were a living testimony to the New Humanity in Christ Jesus, one that transcends ethnicity, culture, skin-colour etc but finds its unity and definition in Christ Himself, purchased by His blood! The unity and love within the team spoke volumes in itself and the diversity of the teachers gave the school a depth that surpassed all previous “Whole Counsel of God” courses.

Pastors came from various counties throughout Liberia and they testified unanimously to the clarity that the teaching gave to many areas of Christian doctrine. Many topics that are prevalent in the African independent Church today, such as prosperity, miracles, deliverance, servant leadership etc. were brought into the light of scripture and thus many “traditional” or “denominational” ways of understanding were changed to align with scripture. The vast majority of the participating pastors were from CRCA planted churches throughout Liberia and were primarily African Independent and Pentecostal in their understanding.  Witchcraft and black magic are commonplace in Liberia, and many pastors were refreshed in the knowledge that Christ has authority and power over all these forces and that God is and always has been sovereign, even in the midst of past national tragedies, such as the Liberian civil wars and the more recent Ebola epidemic that took 4,000 Liberian lives. Many pastors said that they would use the course notes they received to prepare sermon series in their churches. This is great news!

Participants received course notes, as well as useful books to help their understanding. 40 pastors who previously did not own a Bible, received a brand new one. Core provided lunch each day, that was prepared wonderfully by Vanea and the local CRCA staff.

We praise God for this awesome time and are so thankful for this opportunity to have worked alongside CRCA and our Liberian brothers and sisters in Christ.

Please continue to pray that the Word that went out will continue to grow and spread and bear much fruit.